Joseph Hubertus Pilates was born in Germany in 1883.

He moved to England in 1912 to teach boxing and self defence and it was in the Isle of Man, where he was interned as an “enemy alien” during WWI, that he began rehabilitating sick and injured men and developing the science that he called “Contrology”. 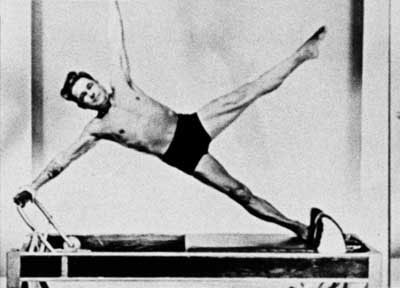 In 1926, he moved to New York and opened his first studio in a part of town close to dance studios and rehearsal rooms. This milieu was to provide him with many of his early clients. A visionary, Pilates continued developing and refining his method and its apparatus right up to his death in 1967.

The Pilates method is a form of exercise designed to emphasise the balanced development of the body through core strength, flexibility and awareness. It is one of the fastest growing forms of exercise in this country and is recommended by sports coaches, osteopaths, physiotherapists and general practitioners.

Benefits of Pilates include: